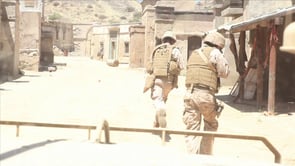 Rockstar Energy Drink Mayhem Festival is havily involved in U.S. military and veteran communities — avidly promoting programs like Metal Of Honor, in conjunction with The Pathway Home (PTSD rehabilitation facility) and Hope For The Warriors (military family assistance, veteran transition assistance, employment preparedness). In addition to these programs, the festival actively supports another great cause in conjunction with our troops: The Puppy Rescue Mission. The Puppy Rescue Mission is the brainchild of president and founding member Anna Cannan. Anna's idea for TPRM began when her fiancé, Chris, was deployed to and stationed in Afghanistan. TPRM's primary mission is to help bring home the companions to our soldiers serving in a war zone. These companions already have homes waiting for them — they just need help getting there. TPRM believes that these beloved companions have at times not only physically saved our soldiers from harm but have also filled an emotional need for a sense of home and normalcy in a hostile and dangerous environment. With the help of the Rockstar Energy Drink Mayhem Festival, TPRM continues to make loving connections between rescue dogs and their companions! Recently, Los-Angeles based photographer and Rockstar Energy Drink Mayhem Festival documenter Strati Hovartos directed a heartfelt public service announcement, starring a cast of active duty and veteran warriors and narrated by Mayhem alumnus and world-renowned rocker Rob Zombie. Last summer, Rob Zombie donated his incredible truck featured on History's "Counting Cars" to TPRM. At the time, Rob Zombie stated, "Soldiers in Afghanistan would find these dogs and bond with them and sneak them on the bases, even though they weren't supposed to have them. It was probably the only moment of sanity for these guys, when they spent time with them…. But they weren't allowed to take them home, and if they could, it was so expensive. That was a cause I could really understand and get behind." Saiga, the dog featured in the PSA, is an actual rescue animal from the Afghanistan war zone adopted by festival producer John Reese and his family through TPRM. As a puppy of a dog befriended by a soldier serving in the Middle East, Saiga was brought to the U.S. from Kabul, Afghanistan at four-and-a-half months old. Reese states: "The sacrifices made by our men and women serving overseas are numerous. Having to leave a dog behind that one may become attached to is just another sacrifice that most of us aren't aware of. The work The Puppy Rescue Mission does is so important." "A sincere thank you goes out to the Rockstar Energy Drink Mayhem Festival for their support and dedication in making these reunions possible," states Cannan. "The bond between a soldier and his dog is truly unbreakable. Thousands of miles away from home, it is sometimes the one thing in the world that can bring a smile to their face." For more information on, visit www.puppyrescuemission.com. 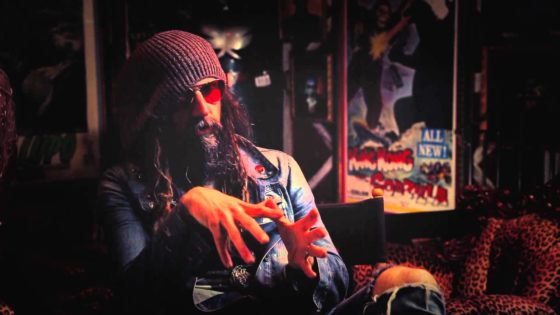 Rob Zombie recently revealed that he was launching a campaign to crowdfund his new movie, titled "31". Zombie explained to Revolver magazine why he is taking this route. He said (see video below): "The obvious question is, 'Why are you crowdfunding? Why are you doing this? You've made other movies with studios. You've never done it before.' I mean, it's a question I ask myself too. But, as the years go on, the game changes all the time, and a movie that you could get made years ago, you cannot get made anymore, because the business changes, things change. And I've noticed that, there's also a lot of aspects of the crowdfunding that were sort of taking place already, where people always wanna buy props or own a piece of the movie or somehow be involved after the fact, whereas after the fact, there's nothing much to be involved with. So what I liked about crowdfunding — 'cause it wasn't something I… I, like most people, it's new to them — is I thought, this is a way to get a movie made that you know the fans want that studios are a little 'iffy' on, and they can be involved too in a way that they would like to be involved, through things that have gone on in the past that I've noticed. So it seems sort of like a logical progression for a film like this." He continued: "This is the type of stuff people will say, 'Why don't you make movies like this? Why don't you make movies like that?' And I always say, 'Because no one will give you the money to make movies like that anymore.' I mean, the business changes. Going back to 'The Devil's Rejects', nobody would give me the money to make that movie now. 'Cause that's gotta be the most frequently asked question. So that's why, at some point, you end up in this scenario. Because if you wanna do stuff outside the system, you've gotta function outside the system." According to The Pulse Of Radio, Zombie is offering a number of high-quality rewards to people who want to support the movie, including autographed posters, a winner's name in the credits, a lifetime laminate to see any Zombie show anywhere and a chance to appear as an extra in "31". Zombie is also offering selected props from his movies, including masks from "Halloween" and giant crosses from "House Of 1000 Corpses". Zombie is already doing pre-production for the movie but won't turn his full attention to it until his current round of tour dates is finished. "I mean, I've really just been waiting for these tour dates to end," he said. "We have 20 dates left in September and after that, all touring will cease for a while while I really do the film. So that'll be the next thing." The movie follows five people who are kidnapped in the five days leading up to Halloween and how they must fight to survive in a place called Murder World. In order to stay alive, the hostages must play a game called "31", in which the goal is kill as many opponents as possible — people in clown masks called "The Heads" — in 12 hours. Zombie explained where the concept came from, saying, "I was reading this statistic: Halloween is the Number One day of the year when people go missing for some reason. I thought, "What an interesting premise for a film." This is five people that go missing on each day leading up to Halloween and what happens to them on the 31st." Zombie said he has not yet begun casting on the movie, for which he hopes to raise $2 million. The singer and filmmaker begins his final leg of 2014 tour dates on September 8 in Portland, Oregon.