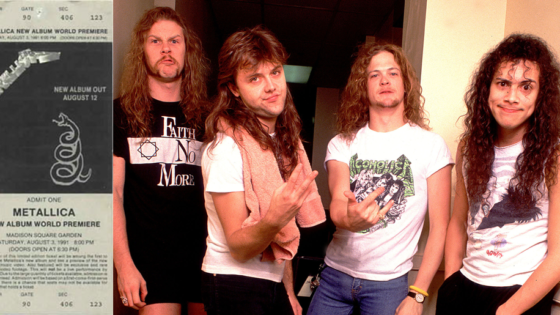 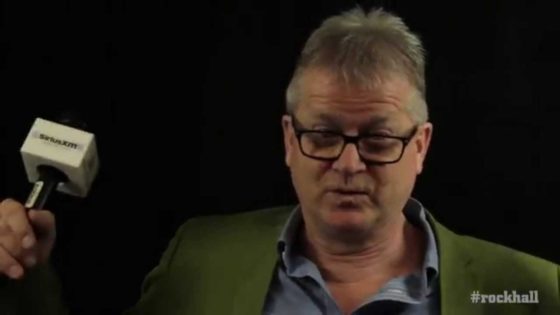 Grammy Award-winning Danish producer Flemming Rasmussen — who helmed METALLICA's "Ride The Lightning" (1984), "Master Of Puppets" (1986) and "...And Justice For All" (1988) albums — spoke to RockHall.com on the 30th anniversary of "Ride The Lightning". A couple of excerpts from the chat follow below. RockHall.com: How did you first start working with METALLICA? Flemming Rasmussen: I think what happened was that METALLICA was, they recorded "Kill 'Em All" in New York on a small independent label. They were looking for a studio in Europe because the dollar was very strong there, and they found out that they could get twice the amount of studio time in Europe compared to what it costs in the States. So what they did was, they listened to a lot of albums because they wanted a studio with a good in-house engineer, and they wanted to hear what different studios sounded like. So they would listen to a lot of different albums. They picked up on the albums I'd done with Ritchie Blackmore — probably mainly "Difficult To Cure" with Ritchie Blackmore's RAINBOW — and actually they contacted me. I hadn't heard about the band before that ever. I didn't know they existed. And since Lars [Ulrich, METALLICA drummer] was from Denmark, it was a good opportunity for him to come back and say "hi" to some of his friends and family. So that's how that came about. RockHall.com: Tell us about recording "For Whom The Bell Tolls" from "Ride The Lightning"... Flemming Rasmussen: That's probably a bit special because that was one of the only songs that wasn't written when they came to Copenhagen to do "Ride The Lightning". We worked at night doing "Ride The Lightning", in the winter, [and] it was cold. Lars was in a big warehouse building-like room to get the huge ambient sound. So we heated that with gas heaters, but I think they actually wrote that in the studio. I'm not totally sure, but in my recollection, they wrote that in the studio. And that's the first song ever with METALLICA that's recorded to a click track, because I wanted it to be that tight. RockHall.com: Do you have a favorite METALLICA recording, one you're most proud of? Flemming Rasmussen: I would say "Welcome Home (Sanitarium)" on "Master Of Puppets" is probably one of them. That's the one with the mono-stereo — and I'm a sucker for that kind of shit, you know, when you sit with headphones and you go, "What the hell was that?" ... There's a lot of those, I think theres a lot of songs on all three albums that I'm really proud of. I think "Creeping Death" on the first one was probably where we really nailed the METALLICA sound. That whole epic kind of thing. It's also a very, very good song — that, of course, has something to do with it. We all had this feeling where what we were doing, we were going to go a long way. We were going to change music history. And I think that was the project from the beginning. Also, you know, we think about it and they had their own thing going, and they had this tremendous energy, that, kind of, is a trademark for the band. They don't want to rely on MTV to play their videos, so they didn't make any videos, because they didn't care because that wasn't important to them. It's been like that with METALLICA always. Read the entire interview at RockHall.com. 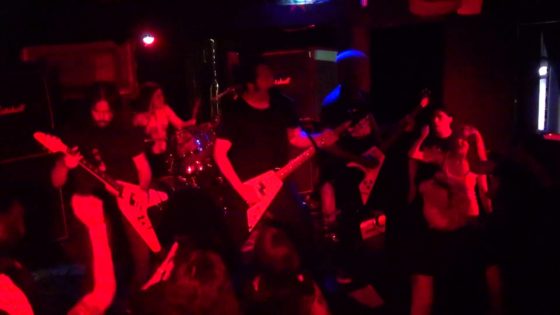 Lloyd Grant, the guitarist who played on the original recording of the METALLICA song "Hit The Lights" in early 1982, joined Ventura, California metallers NIGHT DEMON on stage this past Monday (August 4) at The Five Star Bar in Los Angeles, California to perform "Hit The Lights" and another METALLICA classic, "Seek & Destroy". Fan-filmed video footage of his appearance can be seen below. In his "Metallica Unbound" book, noted hard rock journalist K.J. Doughton wrote about Grant's brief time with METALLICA, "Lars [Ulrich, drums] and James [Hetfield, guitar/vocals] decided, with only hours to go before the 'Hit The Lights' demo was due for submission [to be included on Metal Blade Records' 'Metal Massacre' compilation], that a second lead by a second guitarist would be essential! Lars knew a Jamaican guitarist named Lloyd Grant who was available. So, on the way to Hollywood's Bijou Studio where Brian Slagel [Metal Blade Records head honcho] was already finished mixing the other 'Metal Massacre' tracks, the band screeched into Grant's driveway, lugged the four-track into his front room, and watched him churn a second lead break. The 'Hit the Lights' recipe was now complete." "I remember we had this four-track recorder," explained Hetfield, recalling the last-minute struggle. "It had tracks for drums, bass, guitar and vocals. Because there were no vocals in certain parts of the song, we could punch a lead in on the vocal track. I remember we wanted to get another solo on, so we stopped by Lloyd's house and hooked up some little fuckin' amp and just ripped through a solo. It was the first take. We went into the studio and that solo ended up on the record. It's a fuckin' great solo, man!" Although many stories claim Grant was actually a member of METALLICA, James maintains that this single, slapdash encounter was the only time he was involved with the band. Other associates remember that Grant was a talented Delta blues player who had a knack for tasty leads. "He could play leads like a motherfucker," said James, "but his rhythm stuff was not very tight." The second and third pressings of "Hit The Lights" for "Metal Massacre" included Dave Mustaine and not Grant.