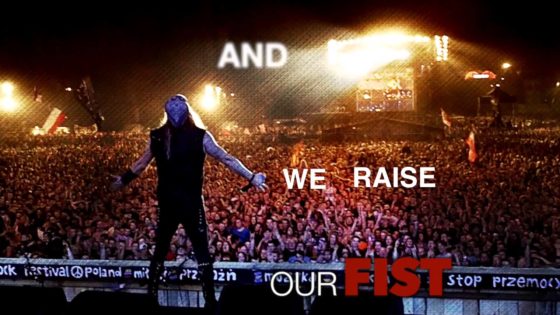 SKID ROW — Johnny Solinger (vocals), Scotti Hill (guitar), Rachel Bolan (bass), Dave "Snake" Sabo (guitar) and Rob Hammersmith (drums) — has just released a new seven-song EP, "Rise Of The Damnation Army - United World Rebellion: Chapter Two", via Megaforce Records. The CD contains covers of QUEEN and AEROSMITH classics as bonus tracks. "Rise Of The Damnation Army - United World Rebellion: Chapter Two" EP track listing: 01. We Are The Damned 02. Give It The Gun 03. Catch Your Fall 04. Damnation Army 05. Zero Day Bonus tracks: 06. Sheer Heart Attack (QUEEN cover) 07. Rats In The Cellar (AEROSMITH cover) The official lyric video for the song "We Are The Damned" can be seen below. In a recent interview with Finland's Kaaos TV, SKID ROW guitarist Dave "The Snake" Sabo stated about "Rise Of The Damnation Army - United World Rebellion: Chapter Two": "[This was] the most fun that I've personally had making a SKID ROW record in our history of the band… for a number of reasons. "We're afforded a freedom that not many artists get to enjoy. So we do everything on our own schedule. And the writing process was so stripped down and fun. "[SKID ROW bassist] Rachel [Bolan] and I have been friends and started the band together 28 years ago, and so, after all that amount of time, 28 years later, to be able to sit in a room with this guy, and he with me, and actually have fun creating music, there's something special to be said about that. And so, that, combined with the fact that we just always seemed like we were on the same page throughout the whole process. [We had] a couple of little disagreements there, but nothing that was detrimental in any way; it was helpful. And every day, we would listen to the music and we'd have the same thoughts: 'It's close, but it's not there yet.' 'it's close, but it's not there.' 'OK, we're right there. We're at the door.' 'OK, it's done.' Everything was just right on the same page. That's the first time that's ever happened. And we just had a great experience the whole way through. Everybody really came to the table and loved the music and brought their 'A' game. I mean, we were in and done in a couple of weeks, which is amazing. And it wasn't like we were cutting corners or anything like that. Everyone just practiced the crap out of the music and the songs — we rehearsed really hard — and everyone loved the music so much that they made it their own, and thus, they performed that way. And it is. It's all of ours'. It's five guys." Asked about the main differences are between last year's "United World Rebellion: Chapter One" EP and "Rise Of The Damnation Army - United World Rebellion: Chapter Two", Bolan told Finland's Kaaos TV: "Well, there's not many differences except in the recording process. We recorded in a few different places with the first EP, where we recorded the whole thing in the same studio with the second. But we took the same approach to writing and recording. The writing for the first one, I'd say, we labored a little more, because we were trying to go back to our roots, and I know that's a cliché saying for bands to say, but it was true. And after 25 years, it's really hard — harder than you would think — to retrace your steps to where you were when you were that 22-year-old kid jamming in front of a mirror and playing your first big gigs or whatever. So we really had to find our roots and rediscover what got us off in the first place, the guys that wrote the first two records, and I think we succeeded in it. That was the biggest difference — I think it was a little harder to write the songs [for the first EP] — but I think what we came out with, the final product, was well worth it." 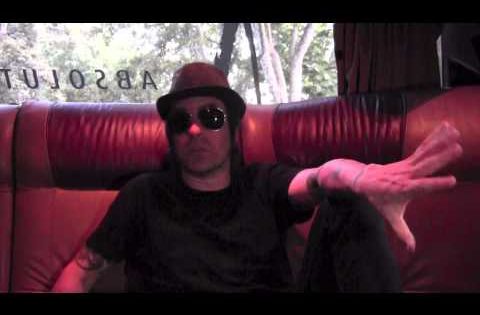 Journalist and musician Barbara Caserta of Italy's Linearock conducted an interview with SKID ROW bassist Rachel Bolan when the band played at Circolo Magnolia in Milan, Italy on August 4. You can now watch the chat below. Asked if he ever gets tired of having to constantly answer questions about the possibility of a reunion of SKID ROW's classic lineup — featuring Sebastian Bach on vocals — Bolan said: "It's just one of those things. Whenever there's change, people always want the original, however it was. It's like anything. When a car changes its style a little bit, they're, like, 'Ah, I don't like these anymore.' But it's the same car, and it does all the same stuff. So it doesn't really bother me. And it gets less and less. And people are very accepting. And Johnny's [Solinger, current SKID ROW singer] been in the band for 14 years, so it's working out good. [laughs]" Speaking to the Dallas Obsever back in May, Bolan was asked whether people still ask about Sebastian Bach almost 15 years since Solinger joined SKID ROW. "Yes, you'll get them occasionally from the purists, the people who can't deal with change," Bolan replied. "The majority love Johnny and they know he is all about SKID ROW. When people bring it up, you have to kind of shrug your shoulders and say that it is really a dated question." Regarding whether the hatchet has been buried with Sebastian, Bolan said: "No. He does his thing and we do ours. We don't speak and that's that." Bolan was full of praise for Solinger, telling the Dallas Observer: "When he came to the audition, we were half way through the second song and we knew he was the guy. He came in so well prepared. We threw him a couple curve balls with a couple of deep tracks and he absolutely blew us away. And after 15 years, we are still having fun." Asked if the fans initially give Johnny a hard time, Rachel said: "A couple here and there, but not really. The majority of SKID ROW fans are very open-minded and they were cool with it. As long as they got to hear their favorite songs being sung the way Johnny does and they are down." In an April 2014 interview with RockRevolt Magazine, Bach spoke about the friction between him and his former bandmates, saying, "When I read interviews with [members of] my old band [SKID ROW] and they say, 'We get along great with our new singer. We have barbeques and drink tequila together.' You know what? I don't give a fuck about barbeques. "You don't hear [THE ROLLING STONES singer] Mick Jagger saying that he loves working with Keith Richards and that they have barbeques together. You hear Mick saying that he hates working with Richards! "Newsflash: Rachel Bolan doesn't like me for what we've been talking about, but I would work with him anytime, because the result of that dynamic is really good music. "I don't think you have to be best friends with everybody to work with them." Bach in July 2012 posted a letter on his Facebook page in which he said he was willing to reunite with SKID ROW. "For the fans, I would be willing to put my ego aside and do something that would be special for the people who put us where we are today," he wrote. "I do not personally want it myself. But it's not always about 'what I want.' If the fans really want to see us together, I would do it for the fans. Sometimes you can do things for people other than yourself." Bach said he wanted to write the letter in response to Solinger's interview in which Johnny said a tweet by Bach about a possible SKID ROW reunion was an attempt to "get attention." Speaking to SCTimes.com, Bolan stated about Sebastian's departure from SKID ROW, "We thought we were disbanded and that we'd never do it again. Then we kept getting e-mails and the management office was getting lots of letters about people wanting to see SKID ROW on stage and we really started to miss it. We knew if we got back together, we were going to do things different." He added, "When Johnny joined the band [in 1999], that really gave us a kick in the ass. It was a different guy there and everything that came out of that guy was positive." On the topic of the persistent rumors of a reunion with Sebastian, Bolan said, "Actually, there were never any talks. Ever. That was all just total rumor. We got rid of him in the '90s and never looked back. . . After the first tour [with Solinger on vocals], it seemed like this is the way it's always been. It's so weird, I'll hear an old song on the radio and it just sounds so bizarre to me because I'm so used to Johnny singing it." SKID ROW — Johnny Solinger (vocals), Scotti Hill (guitar), Rachel Bolan (bass), Dave "Snake" Sabo (guitar) and Rob Hammersmith (drums) — has just released a new seven-song EP, "Rise Of The Damnation Army - United World Rebellion: Chapter Two", via Megaforce Records. The CD contains covers of QUEEN and AEROSMITH classics as bonus tracks. Interview: