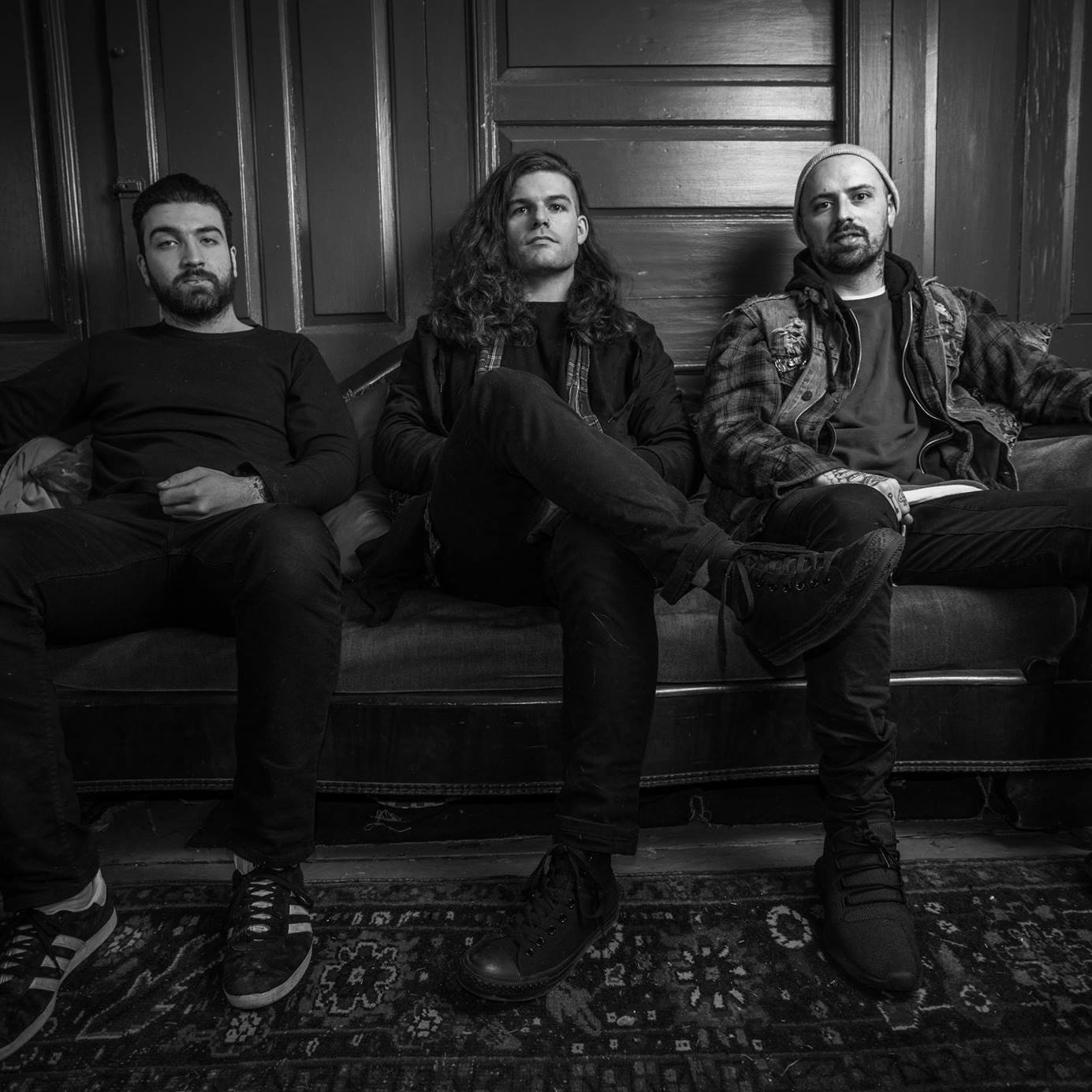 Vattnet have announced their self-titled LP release date for September 15, 2017.

With the release of their widely heralded 2015 album “Settler,” Vattnet (formerly Vattnet Viskar,) rode the line between American black metal and a more experimental blend of atmospheric, melody driven metal. But in a genre known for its uncompromising aggression and dark nature, Vattnet found themselves the odd band out, as they explored both the light and darkness of their musical nature on tour.

“I love black metal bands, there are a handful of bands I absolutely love, but I’ve never considered us to be among them,” says singer/guitarist Casey Aylward. “It’s a tag that’s followed us. I think it has helped us, but also hurt us in some ways.”

The band was formed in 2010 by founding members Chris Alfieri (guitars) and Nick Thornbury (ex-vocalist/guitarist) and eventually rounded out with Aylward on bass and drummer Seamus Menihane. Their early work was very much influenced by blending straight-forward American black metal acts such as Wolves In The Throne Room with more eclectic groups like Agalloch and Nachtmystium.

“We can’t deny where the band came from,” Aylward says, speaking about the band’s musical dichotomy. “But on ‘Settler’ we took it even further.”

The band toured heavily behind their Century Media debut album (which led to Stereogum naming them one of the “40 Best Best New Bands” of 2012), but once the ear-ringing distortion of the road faded, a sudden lineup change left the band at a crossroads of who they were and who they wanted to be.

“We toured pretty heavily and at the end of it Nick realized it just wasn’t for him,” Aylward said. “We had to go back to square one.”

Soon after Thornbury’s departure, the remaining three members returned to their practice space, free of expectations and pressure, to begin forging a new musical path for themselves.

“There is a lot of self-realization when you go through that process,” Alfieri said. “You take an inventory on yourself. We got into the shed a week after and just started writing songs.”

Already knowing that their music was going in such a drastic direction by stripping away the black metal elements, the band gave themselves one criteria while writing: “In ten years if we had to listen to this record and we were the only ones who liked it, would we still like it,” Aylward recalled.

Their new shortened moniker came as a result of Thornbury’s departure and a way for them to sever the ties to their past without fully abandoning the band’s history.

“When we would go out on tour everyone would call us Vattnet. Internally we were already calling our own band,” Alfieri said.

“When Nick left it was just a no-brainer, it was also a way to show that we are not the same band. The same idea, but a slightly different take,” he added.

Vattnet’s sound is a grand sonic departure from the tremelo picking, blast beats and guttural vocals from the band’s formative years, that now boldly raises the bar set on “Settler” and their 2013 debut album “Sky Swallower,” with an aurally diverse blend of melody, heavy angular progressive riffs and and clean vocals from Aylward, now stepping into the lead vocal position.

The new direction is more in tune with progressive metal acts like Rosetta, Intronaut and The Ocean while Aylward’s vocals have hints of Deftones’ Chino Moreno mixed with Robert Smith of The Cure and lyrically touches on topics of deep loss and pain that the band have carried over from their past albums.