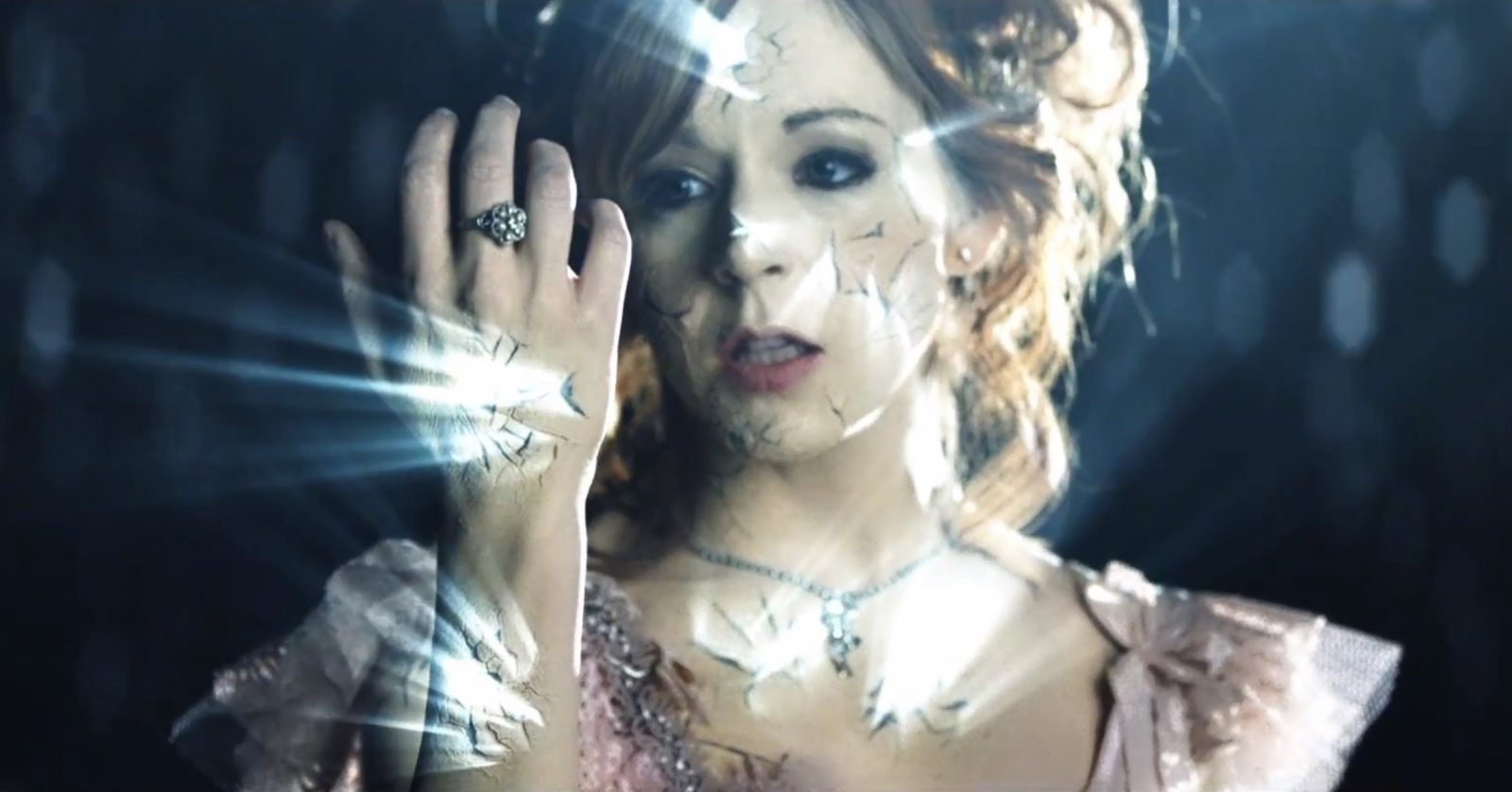 Genre-hopping vocal powerhouse Lzzy Hale of HALESTORM joined classical-rock crossover violinist Lindsey Stirling last night (Wednesday, August 6) to perform the title track of Stirling‘s sophomore album, “Shatter Me”, on “America’s Got Talent” on NBC. Video footage of the performance can be seen below.

Stirling, who appeared on “America’s Got Talent” in 2010, told rock journalist Gary Graff it wasn’t a collaboration she envisioned prior to making the album. “I was looking for a singer who’s just a powerhouse singer…women who can belt out those power ballads, “she said. “I started to dig into (HALESTORM) videos and thought, ‘Wow, this girl is powerful,’ almost a perfect mix between a little bit of (EVANESCENCE‘s) Amy Lee‘s style and the power of Hayley Williams from PARAMORE. So I reached out to (HALESTORM‘s management) and immediately they responded.”

She added: “It was funny, because Lzzy had never heard of me and I’d never heard of Lzzy, but we immediately became fans of each other’s music and respectful of each other. We have similar stories; they’re a self-made band that paved their way through touring the world over and over again and working their records, where I did it through YouTube. It’s just cool how we can have this respect for each other as self-made artists who did it their own way. And I absolutely loved Lzzy; she’s one of my favorite people in the world.”