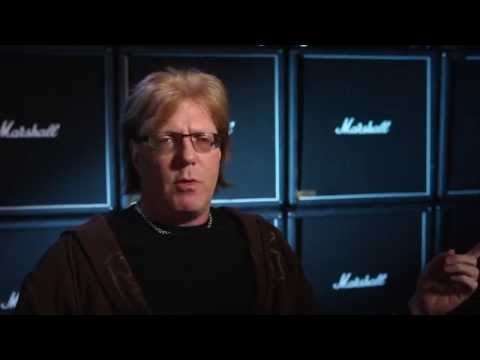 A trailer for “We Are Twisted F*cking Sister!”, the forthcoming movie about TWISTED SISTER‘s club days by German filmmaker Andrew Horn, can be seen below.

Horn took to the crowdfunding site Indiegogo last year to help raise the $150,000 he has projected it will take for the film to receive a full release.

In a videotaped message posted at Horn’s YouTube channel, TWISTED SISTER frontman Dee Snider said Horn got at the heart of the band’s “‘Rocky’-esque story of a band of brothers from the New York area who toughed it out for nearly a decade before finding fame and fortune.” The singer went on to describe the end result as “for people who are original fans, hardcore fans, true fans — or want to know more about this band.”

He added: “This is independently done, which is the way a documentary of this kind should be [and not like other rock documentaries where the] band puts together … a piece of propaganda to make [themselves] look good.”

TWISTED SISTER guitarist Jay Jay French previously stated about the upcoming film: “Andy has been working on this documentary for the last [five] years. The idea came to him after an interview with me concerning another artist named Klaus Nomi who opened for us at the Soap Factory around 1981. At that time, Andy really knew very little about us and became fascinated by the story of our long and winding road to a record deal.

“While most of the world thinks that TWISTED SISTER started in 1984, there are those who know a much different story.

“The band’s die-hard fans in the U.K. thought the story began a couple of years earlier when Secret Records signed us in England.

“There does exist, however, a subset of fans who know the real story. Those fans are from the tri-state area of New York, New Jersey and Connecticut. Those fans spent years supporting us.

“Because of the sheer number of super-sized night clubs that started operating in the tri-state area around 1976, there exists a fan base that only knew us with me, Dee [Snider, vocals], Eddie [Ojeda, guitar] and for a short time bassist Ken Neill (with an assortment of changing drummers).

“However, before that, TWISTED SISTER played hundreds of shows at places like the Mad Hatter in East Quouge, Mr. T’s & Maxis in Wantagh, in Long Island, The Satellite Lounge, The Wreck Room, Dodd’s, The Colony III, The Joker II, The Searchlite, Spruce Goose, The Capricorn and the George Inn in NJ and the Sahara located in Adams, Massachusetts.

“This version, when you look at the photo history of the band, contained me and four people most of you don’t know: vocalist Michael Valentine, guitarist Billy Diamond, bassist Kenny Neill and drummer Mell Starr.

“Except for Kenny, these former members were either fired or left under very bad circumstances. What happened as a result of the experiences that I had with these ex members formed the basis of my management skills and taught me what to look for in future hiring. In fact, the first break up of the band in December of 1974 led to a personal crisis at the age of 22, that forever changed my life and taught me how to cope in the face of total failure both professionally and emotionally.

“In short, the lessons learned over those first two years formed the basis of the future of TWISTED SISTER. without having gone through it, the band, as it exists in the hearts of millions of fans around the world, would never had existed.

“To be clear, this in no way implies that Dee, Mark [Mendoza, bass], Eddie and AJ [Pero, drums] would not have found fame in their own right. These are all immensely talented musicians. I can also state that I can’t see where I would have succeeded without these guys.

“It was clear to me early on that the first version of the band was never going to make it. None of the members, except Kenny, had what it takes.

“The lack of focus, professionalism and raw talent of the first version became obvious and the proof is that of all the original five members, only me and Kenny survived that circus.

“I will say this however about the very early days of TWISTED SISTER: Our agent worked us to death, playing 5-6 nights a week 4-5 shows per night. Some shows ended as late as 6 a.m.!

“In those days, you played in one club for 3-6 night in a row. In the case of the Mad Hatter in East Quouge, we played 78 nights between May and September.”