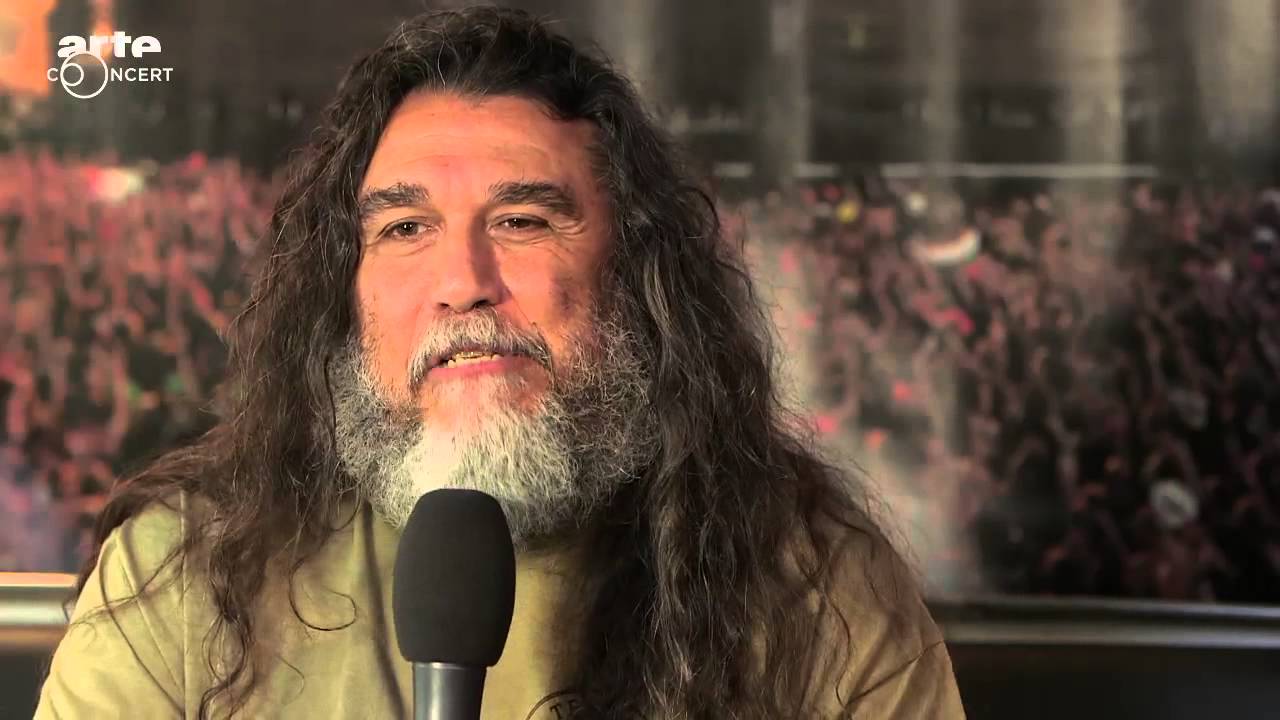 SLAYER guitarist Kerry King says that the thrash metal legends’ forthcoming studio album will contain “everything” that the band’s fans have come to expect from two-time Grammy-winning group.

SLAYER is scheduled to enter the studio later in the year to begin recording its new CD, tentatively set for an early 2015 release. The effort will make SLAYER history as it will be released on Nuclear Blast Records through the band’s own label imprint, closing out a 28-year relationship with Rick Rubin and American Recordings. It will also be SLAYER‘s first album without the group’s co-founding guitarist Jeff Hanneman, who passed away in May 2013 from alcohol-related cirrhosis of the liver. He is credited for writing many of SLAYER‘s classic songs, including “Angel Of Death” and “South Of Heaven”.

SLAYER‘s follow-up to 2009’s “World Painted Blood” will include the song “Implode”, which was made available as a free download as a “thank you” to the band’s fans for their continued support following SLAYER‘s surprise performance at this past April’s Revolver Golden Gods awards in Los Angeles. The track was recorded in April at Henson Studios in Los Angeles and produced by Terry Date and co-produced by Greg Fidelman.

“I never go online and see what people are talking about because people are ten foot tall behind a computer screen, you know?!” King told ARTE Concert at last weekend’s Wacken Open Air festival in Wacken, Germany (see video below). “But, you know, a lot of [the reaction to ‘Implode’] was positive, a lot of people said, ‘For anybody that was worried about what SLAYER was gonna sound like post-Hanneman, don’t worry about it.'”

He continued: “I know people are gonna think that [we can’t make another quality album], people are gonna expect us to fail because it’s the first record without Jeff; I get it. But I’m also very proud of what of we’ve done so far towards new material. It’s fast, the slow stuff’s heavy. I mean, it’s… Everything that people liked SLAYER for in the past is on this record.”

In the February 2014 issue of U.K.’s Metal Hammer magazine, Kerry was asked if he has found himself tempted to write the kind of songs that Jeff might have contributed to an album, Kerry said: “I think that would be shooting myself in the foot. I can’t pretend to be Jeff. We both learned from each other in 30 years of writing together. As far as going out of my way to write something that Jeff might’ve done? I won’t do that. If it happens to end up sounding that way, good for me!”

At the time of the Metal Hammer interview, it was still undecided as to whether any of Hanneman‘s previously unused ideas would make it to the next SLAYER album. “There was a song we finished on the last record, but I know for a fact [Jeff] wanted to rewrite the lyrics on, so that one got to deconstruct and make better,” Kerry said.

Regarding what fans can expect from the new SLAYER material, King told Metal Hammer: “I’ve got a surprising amount of heavy stuff for me. I do tend to lean on the fast side, but I have some exceptionally heavy tunes, Like, ‘Wow, man, where did that come from?’ I expect my stuff to be angry and fast, but it’s all over the map. I’m stoked. We’ll have enough so we can pick great stuff whether we use any of Jeff‘s material or not. It should add up to as good a record as we can hope for with one of our original songwriters being gone.”

Joining King and bassist/vocalist Tom Araya during the sessions for SLAYER‘s new album are returning drummer Paul Bostaph, who replaced Dave Lombardo last year, and guitarist Gary Holt (also of EXODUS), who has been filling in for Hanneman on tour for the past four and a half years.

Asked if Holt will play on the new SLAYER album, Kerry told Canada’s Metro in an October 2013 interview: “I’ve told Gary that I’d like him to play some leads, just to keep it interesting.

“We’ve always been a two-guitar attack, so if you’re looking to have a segment like the ‘Angel Of Death’ lead trade-off, you can’t do that with one guitar.

“As far as Gary being a contributing writer, number one, fans aren’t ready for it, and number two, that’s like throwing somebody to the wolves.

“I think if there’s another record after this one and Gary is still with us at that point, I think that will be a time where I say, ‘Hey dude, feel free to throw any riffs my way if you’re interested’.”

King told Metal Hammer about SLAYER‘s current touring lineup: “Not to toot my own horn, but we sound fucking great right now. It’s a juggernaut. Paul‘s a machine. He always has been. Also he’s been here before, so that made this transition as easy as it could be as well as for the fans because I think they always felt he was part of the band, even though he wasn’t for many years.”

Bostaph was SLAYER‘s drummer from 1992 until 2001 and recorded four albums with the band — the gold-certified “Divine Intervention” (1994), the 1996 punk covers album “Undisputed Attitude”, “Diabolus In Musica” (1998), “God Hates Us All” (2001) that received a Grammy nomination for “Best Metal Performance”, as well as the DVD “War At The Warfield” (2001), also certified gold. In addition to SLAYER, Bostaph has been a member of FORBIDDEN, EXODUS, SYSTEMATIC and TESTAMENT.

Original SLAYER drummer Dave Lombardo sat out the band’s Australian tour in February/March 2013 due to a contract dispute with the other members of the group. Filling in for him was Jon Dette (TESTAMENT, ANTHRAX).