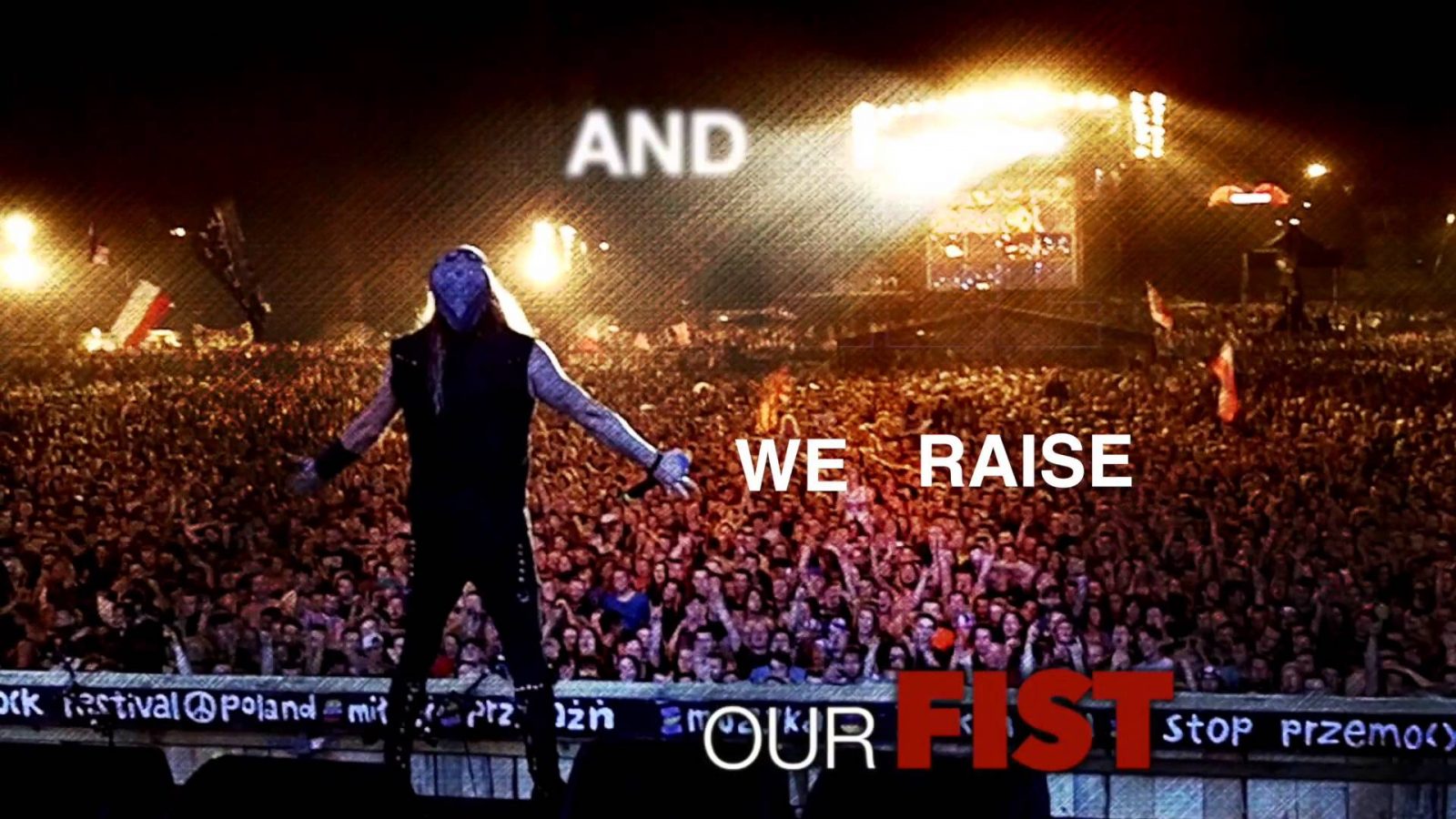 The official lyric video for the song “We Are The Damned” can be seen below.

In a recent interview with Finland’s Kaaos TV, SKID ROW guitarist Dave “The Snake” Sabo stated about “Rise Of The Damnation Army – United World Rebellion: Chapter Two”: “[This was] the most fun that I’ve personally had making a SKID ROW record in our history of the band… for a number of reasons.

“We’re afforded a freedom that not many artists get to enjoy. So we do everything on our own schedule. And the writing process was so stripped down and fun.

“[SKID ROW bassist] Rachel [Bolan] and I have been friends and started the band together 28 years ago, and so, after all that amount of time, 28 years later, to be able to sit in a room with this guy, and he with me, and actually have fun creating music, there’s something special to be said about that. And so, that, combined with the fact that we just always seemed like we were on the same page throughout the whole process. [We had] a couple of little disagreements there, but nothing that was detrimental in any way; it was helpful. And every day, we would listen to the music and we’d have the same thoughts: ‘It’s close, but it’s not there yet.’ ‘it’s close, but it’s not there.’ ‘OK, we’re right there. We’re at the door.’ ‘OK, it’s done.’ Everything was just right on the same page. That’s the first time that’s ever happened. And we just had a great experience the whole way through. Everybody really came to the table and loved the music and brought their ‘A’ game. I mean, we were in and done in a couple of weeks, which is amazing. And it wasn’t like we were cutting corners or anything like that. Everyone just practiced the crap out of the music and the songs — we rehearsed really hard — and everyone loved the music so much that they made it their own, and thus, they performed that way. And it is. It’s all of ours’. It’s five guys.”

Asked about the main differences are between last year’s “United World Rebellion: Chapter One” EP and “Rise Of The Damnation Army – United World Rebellion: Chapter Two”, Bolan told Finland’s Kaaos TV: “Well, there’s not many differences except in the recording process. We recorded in a few different places with the first EP, where we recorded the whole thing in the same studio with the second. But we took the same approach to writing and recording. The writing for the first one, I’d say, we labored a little more, because we were trying to go back to our roots, and I know that’s a cliché saying for bands to say, but it was true. And after 25 years, it’s really hard — harder than you would think — to retrace your steps to where you were when you were that 22-year-old kid jamming in front of a mirror and playing your first big gigs or whatever. So we really had to find our roots and rediscover what got us off in the first place, the guys that wrote the first two records, and I think we succeeded in it. That was the biggest difference — I think it was a little harder to write the songs [for the first EP] — but I think what we came out with, the final product, was well worth it.”