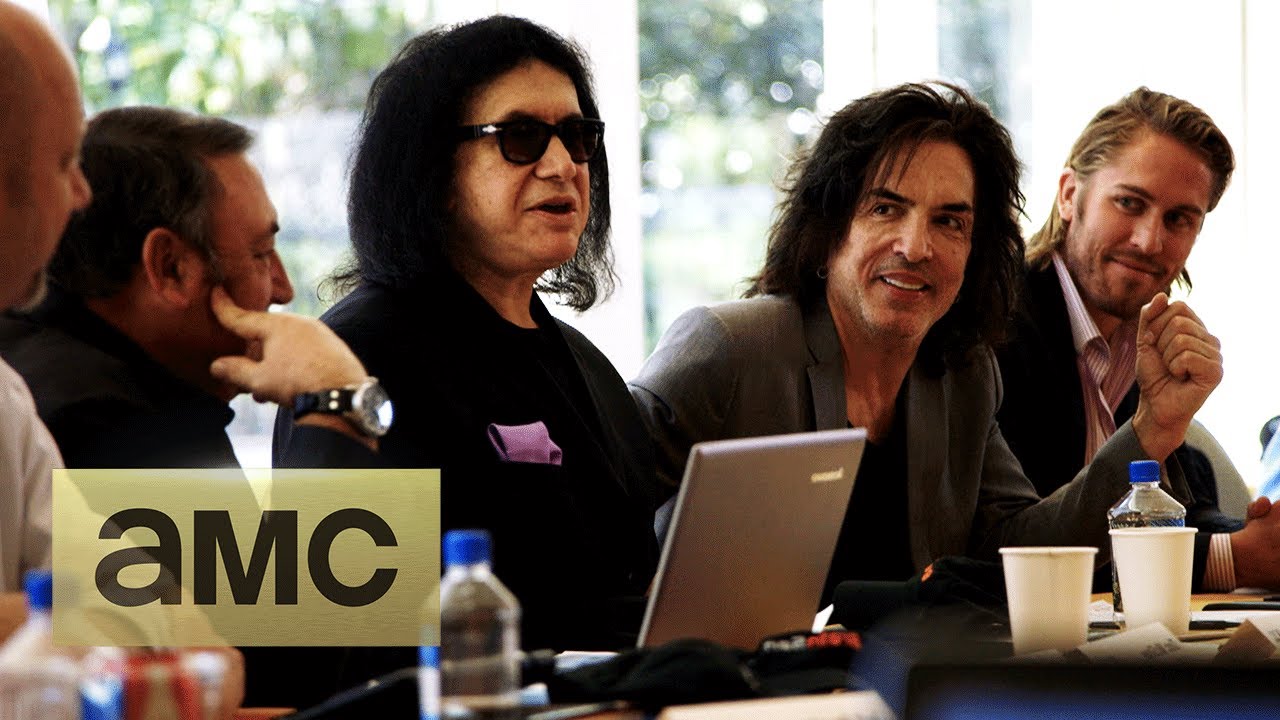 A newly released clip from the show, which premiered by The Wall Street Journal, shows Simmons and Stanley explaining to the Arena Football League team owners why KISS invested in and named a team the LA KISS. Check it out below.

“The AFL is so misunderstood and, in some places, it’s practically unknown,” Stanley tells the team owners. “That being said, we shouldn’t be feared. We shouldn’t be looked at as people who are trying to come in and ruin things. We’re here to shake things up and take this whole league to another level, which shamefully it hasn’t been to.”

“You will only get the respect you demand,” Simmons says in the clip. “You’ve got to be able to pee on the ground like an animal claiming its territory and say, ‘We are the kings of the jungle.’ That’s what we’re doing with our team.”

“We look forward to capturing all the trials and tribulations of launching a sports franchise in a great sports city like Los Angeles,” said Eliot Goldberg, AMC‘s senior vice president of unscripted programming. “These are incredibly dedicated athletes, coaches and management who want to win, and the fact that the team has rock and roll royalty in the owners’ box just adds another great dimension to the series.”

“We are thrilled to partner with AMC in bringing our show to the viewing public,” Paul Stanley said. “Anyone who knows Gene and I know we have never played by the rules. This opportunity to see the making of our team of rebels, the LA KISS, from behind the scenes will once again show everyone that we play to win.”