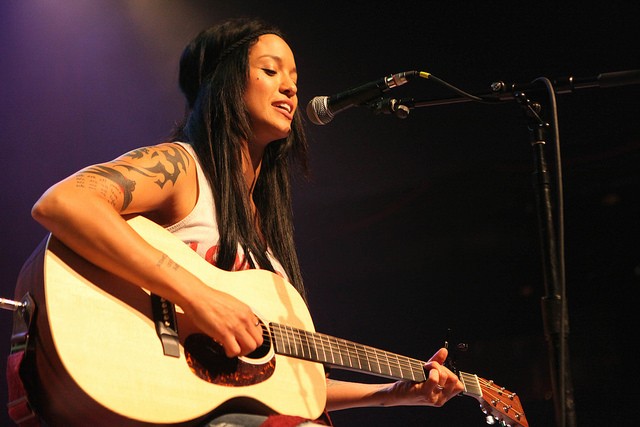 Charlie Rae has a uniquely raw and soulful rock sound that creates an original perspective on music. I met her in 2011 for an acoustic battle of the bands concert series in Arizona.

She had a quiet personality until she stepped on stage. When Charlie starts to perform she owns the venue. She plays confidently as the veterans she has opened for: Heart, David Foster, Pat Benatar, Sheryl Crow, Leon Russell, Chris Isaak, Michelle Branch, Donovan, and more.

Charlie had a hard time expressing her passion and voice. When she was young her family pushed her to pursue other careers. Since then she has been discovered by tech entrepeneurs in San Diego, reached 500,000 views on a cellphone Youtube video, and featured on Reddit.

She has invented her own type of sound and style; sometimes a newer country sound to even a pop style. Keep an eye out for this passionate, amazing artist.

Take a listen to her album: